Save the date of June 24, a fundraiser for Fulbright-NJ Chapter, with Daniel J. Watts

You are invited to come watch the COUNTRY BOY 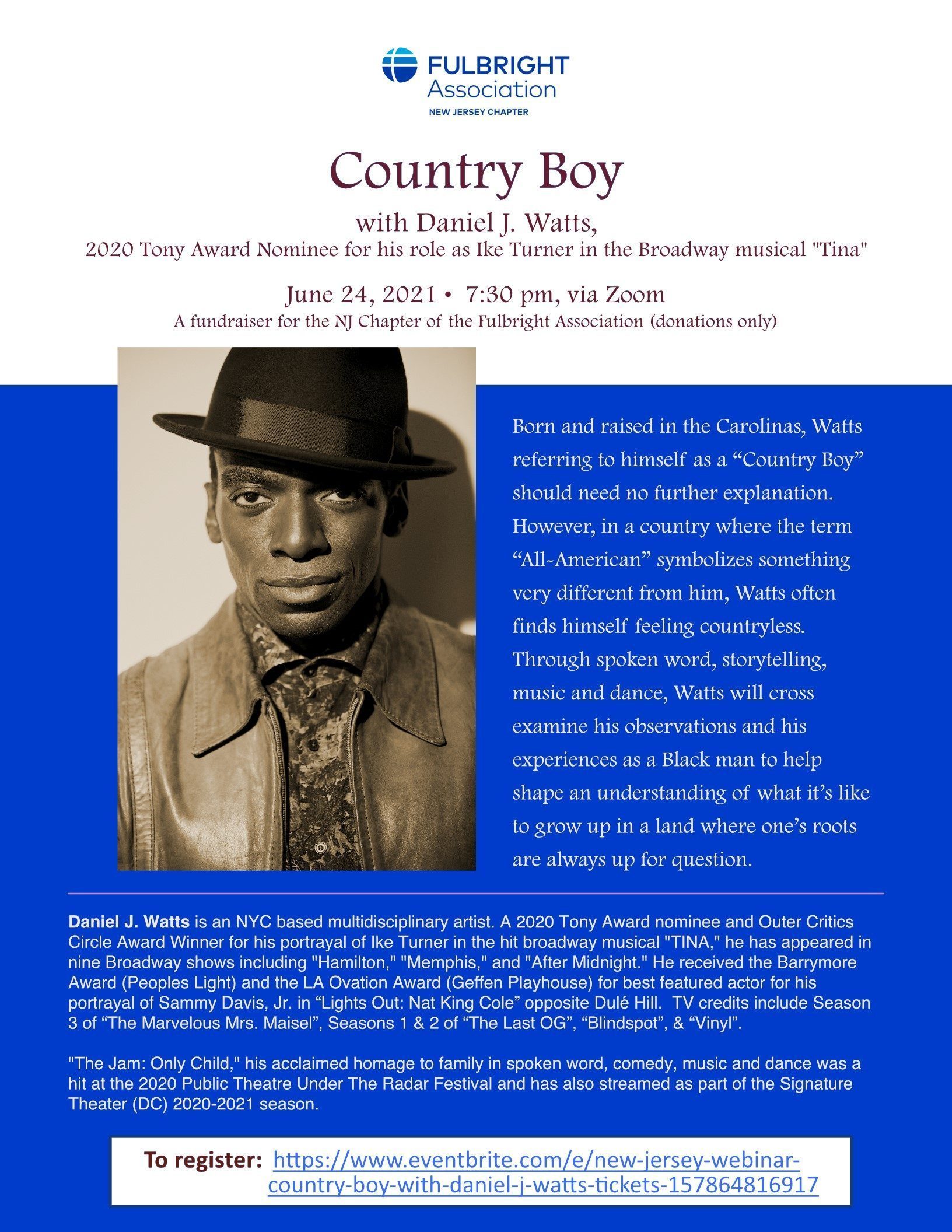 Daniel J. Watts is performing for the Fulbright-NJ fundraiser.

Born and raised in the Carolinas, Watts referring to himself as a “Country Boy” should need no further explanation. However, in a country where the term “All-American” symbolizes something quite different from him, Watts often finds himself feeling country-less. Through spoken word, storytelling, music and dance, Watts will cross-examine his observations and his experiences as a Black man to help shape an understanding of what it is like to grow up in a land where one’s roots are always up for question.

Daniel J. Watts is a NYC based multidisciplinary artist. A 2020 Tony Award nominee and Outer Critics Circle Award Winner for his portrayal of Ike Turner in the hit Broadway musical “TINA,” he has appeared in nine Broadway shows including “Hamilton,” “Memphis,” and “After Midnight.” He received the Barrymore Award (Peoples Light) and the LA Ovation Award (Geffen Playhouse) for best featured actor for his portrayal of Sammy Davis, Jr. in “Lights Out: Nat King Cole” opposite DulÈ Hill.  TV credits include Season 3 of “The Marvelous Mrs. Maisel”, Seasons 1 & 2 of “The Last OG”, “Blindspot”, & “Vinyl”.

“The Jam: Only Child,” his acclaimed homage to family in spoken word, comedy, music and dance, was a hit at the 2020 Public Theatre Under The Radar Festival and has also streamed as part of the Signature Theater (DC) 2020-2021 season.

Please do not forget to register at https://www.eventbrite.com/e/new-jersey-webinar-country-boy-with-daniel-j-watts-tickets-157864816917